Women of colour the missing ingredient in Canadian film industry 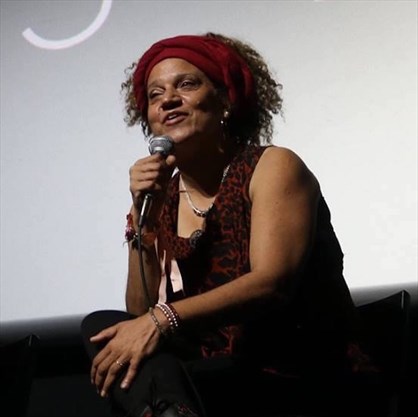 Frances-Anne Solomon is an award-winning filmmaker of Caribbean heritage; a writer, producer and director in film, TV, radio and new media. She is the Founder and Executive Director of CineFAM Women of Colour Film Creators. – Roy Virtue

‘Our aim is to ensure representation of women of colour in the media industries,’ writes Frances-Anne Solomon

Filmmaking is my life work and my passion. Yet, despite my many years in filmmaking, women of colour continue to be woefully under-represented and underpaid in the North American film industry — including Canada, where relevant statistics do not even exist.

A 2018 University of Southern California study found that less than one per cent of directors were women of colour, based on statistics related to the top-grossing 1,100 films and 1,233 directors in America, 2007 to 2017. When you can’t even find the stats on Canadian women filmmakers of colour, it’s time to make some changes.

That’s why I recently founded CineFAM, a not-for-profit Toronto-based company committed to changing the Canadian film landscape and status quo. CineFAM’s name is a Haitian creole word meaning “Films by Women,” and our aim is to create a pipeline of programs that will ensure representation of women of colour in the media industries, facilitating a paradigm shift.

Driving change in the film industry to ensure better representation of women and girls of colour is particularly important here in Toronto, known for its mosaic of cultures from around the globe, and for the rest of Canada. When we look to media, including film, and don’t see accurate representations of ourselves reflected there, it leaves us feeling invisible and unvalued by society.

For change to happen, the film industry must identify its limiting biases, address and eliminate them, and then begin evaluating work on its merits. It’s time for real stories and accurate portrayals of women of colour to be the norm across the film industry.

Through CineFAM, we’re able to provide opportunities, access and support to women of colour from culturally diverse backgrounds. We want to encourage women to express their perspectives fearlessly. For example, our recent Feature Film Incubator on March 1, 2019 (supported by Telefilm Canada, Ryerson University’s School of Image Arts and the Harold Greenberg Fund), was a one-day mentoring workshop that developed the creative, business and financial skills filmmakers need to master the complex and challenging world of feature film production.

Chosen from a wide application intake, based on the strength and confidence of their storytelling and originality of their voices, the women of colour Incubator participants were Chrisann Hessing, Maya Annik Bedward, Kelly Fyffe-Marshall, Melanee Murray-Hunt and Muna Deria.

My organization supports women filmmakers of colour throughout the year with programming that also includes:

— the CineFAM Short Film Challenge for emerging filmmakers (in partnership with Trinity Square Video and Urban Post) in Toronto this April;

— the third Annual “ineFAM South Africa Co-production Accelerator for African Women in July, produced in August and September in partnership with the Durban Film Mart;

— CineFAM Incubator for Caribbean Filmmakers (in partnership with CaribbeanTales, and the Caribbean Development Bank’s Cultural and Creative Industries Innovation Fund);

— and, the third Annual CineFAM Women of Colour Film Festival in Toronto in September.

Frances-Anne Solomon is an award-winning filmmaker of Caribbean heritage; she is a writer, producer and director in film, TV, radio and new media. She is the founder and executive director of CineFAM Women of Colour Film Creators.

Newsletter Signup
In this article:featured, news
Up Next:

Diversity At The Oscars