Patrice Lumumba was the first Prime Minister of the Democratic Republic of Congo following its independence.

Today the DRC celebrates Heroes Day and honors its first democratically elected Prime Minister Patrice Lumumba. Lumumba came into power after what was then the Republic of the Congoreceived its independence from its colonizer, Belgium. Whilst speculation and conspiracy still surrounds his assassination in 1961 till this day, it has long been alleged that he was murdered by the US working together with Belgium.

Lumumba was significant in the Republic of Congo securing its independence and eventually becoming what we now know as the DRC. Due to his considerable and understandable dislike for his Belgium colonizers, he joined the Liberal Party of Belgium in 1955. Following his arrest by the colonial government, he went on to co-found the Mouvement National Congolais (MNC) in 1958 and proceeded to win the elections in 1960 at the age of 34.

Lumumba’s anniversary comes exactly a week after the DRC’s elections which saw the end of Joseph Kabila‘s 17-year rule and ushered in what will hopefully be a brighter era under the leadership of Felix Tshisekedi. The victory by Tshisekedi and his political party Union for Democracy and Social Progress (UDSP) came after international pressure succeeded in putting an end to the delay tactics in the announcing of the election results. His victory, however, has been disputed of late. 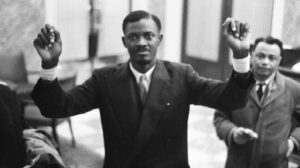