The Wind That Blows - A RedMango Review

From Dirt is a work of art - A RedMango Review

HIV doc Invisible is a poignant film - A RedMango Review

Caribbean Tales-TV is throwing a spotlight on environmental films this month and for this post redmangoreviews we will be checking out a whaling documentary from out of Bequia, one of the islands of the Grenadines of Saint Vincent and the Grenadines in the Caribbean.

Blows! Blows! Blows! This is the shout that rings out across Bequia when a whale is spotted. The entire island comes alive with a Carnival-like atmosphere and there is an exodus of schools by excited schoolchildren. In the 2012 documentary The Wind That Blows director Tom Weston looks at the whaling tradition of the tiny island which originated in the mid-19th century when American or “Yankee” whalers taught the sailors how to catch whales. 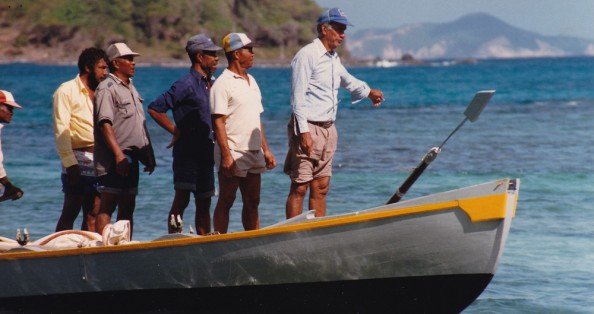 The Bequia whalers head out to sea

In 1986 the International Whaling Commission issued a global moratorium on commercial whaling but the activity still occurs in Japan, Iceland and smaller populations like Bequia. But unlike those larger countries the whaling in this Caribbean island is a minuscule operation driven not by profit but by tradition and passion. The first person viewers meet in the documentary is Eustace, a whaler, whose great grandfather worked on a Yankee ship and whose father and grandfather were all whalers.

The whalers are proud, genial men with a great respect for their centuries-old profession. Weston shows how the whaler is revered and respected for their bravery and how whaling influences so many parts of Bequia’s life: a Catholic priest blesses whaling boats; there are paintings of whaling in various places; there are songs about whaling; and young boys create toy harpoons and dream of becoming whalers themselves. 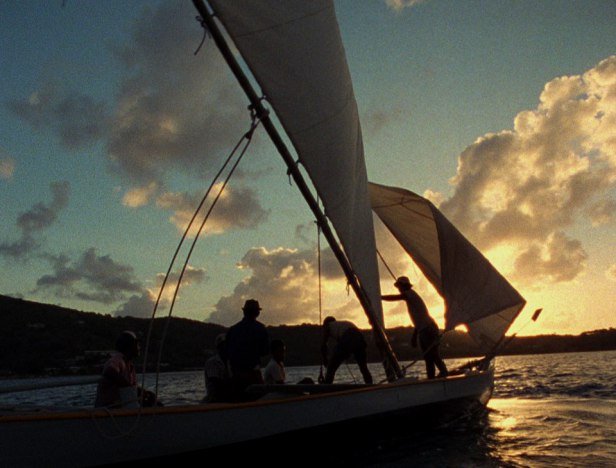 The sun sets upon a whaling crew

Like a Caribbean version of the novel Moby Dick, Weston spends time presenting the various aspects of whaling: the traditional sailboats and equipment used; how the whale meat is prepared and what it is best to eat with; how no part of the whale is wasted and how it is distributed among the residents of the island; and how the whale is caught and killed. There is not much footage of actual whale hunting – the whalers only catch about one a year and sometimes go years without any catch – but as an animal lover it was a difficult watch seeing the majestic creature, humpback whales, killed and the sea turned blood red. “Death of a whale is the only death people rejoice of” one resident commented.

The documentary also shows Bequia’s development of its tourism industry and the impact of that industry on the traditional values and the unity of the society. In the midst of this the whaling tradition is seen as a reinforcement of the island’s identity and the whalers themselves say they are trying to keep it alive for the younger generation. And it is the presentation of tradition versus environment and identity versus commercialism that is the heart of the documentary. Combine that with glorious and intimate cinematography set to a toe tapping calypso and reggae soundtrack and you have a whale of a good documentary, pun definitely intended.

Newsletter Signup
In this article:Julien Neaves, redmangoreviews, reviews
Up Next:

From Dirt is a work of art – A RedMango Review