On it’s face THE HAIRCUT, a 10 minute documentary by Jamaican – Québecoise filmmaker Maya Annik Bedward, is an amusing ode to her father Marvin’s reluctance to cut his hair. But upon further reflection, we learn that his refusal to tame his gloriously graying afro with regularly scheduled trims stems from much more than just a simple dislike of barbershops. 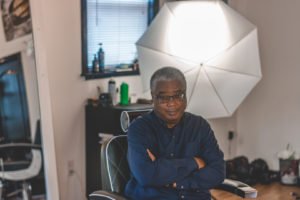 Marvin Bedward and his hair.

As a child Marvin Bedward and his family immigrated from Jamaica to Canada in the early 1950’s and were one of the only black families in the neighborhood. Growing up as the only black child in a sea of unwelcoming white bodies was not easy. As Marvin speaks, we learn that the racial trauma he experienced has, over the years, become centered around his hair.

Barbers of the time, due to lack of experience, did not know how to properly cut black hair. The resulting haircuts were embarrassing enough for a young child, but to experience barbers who were also willfully inept, purposefully inflicting pain & humiliation upon him, left lifelong psychological scars on the filmmakers father. At 65 years old , he can still feel the barbers scissors digging into his tender scalp as he speaks of the experience.

What strikes me most is Marvin’s lack of visible stress and anger. He speaks in a very calm, even handed manner, but the words he uses, along with his quiet but stony faced defiance, to those who urge him to visit the barber, shows that just beneath his steady surface bubbles a lifetime of tension and pain.

THE HAIRCUT is a moving film that manages to use one of the most mundane acts of life to eloquently share the pain that is central many stories of Caribbean immigration. 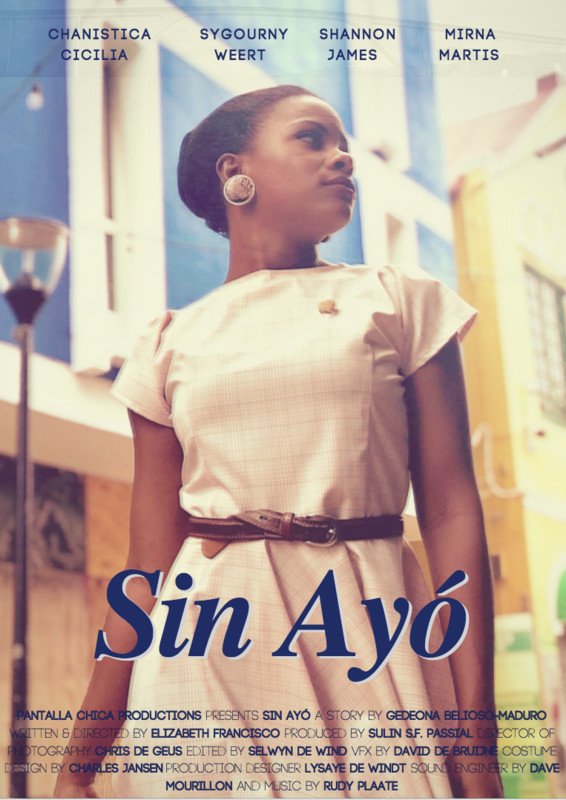 very little dialogue in SIN AYO, a short film out of Curaçao, directed by Elizabeth Francisco. Just a handful of Papiamentu words, spoken by only four characters throughout the entire eleven minutes. But words are not needed when your actors are skilled enough to convey deep feeling and emotion with a simple gesture, a change in posture or a glance across the room. It is such powerful acting that makes SIN AYO such a moving and memorable film.

Opening with a nostalgic older auntie, the film quickly whisks us back to the auntie’s youth. We are swept up in the joy of the young woman and her fiancee as they embrace then part ways. Buoyed by their love for one another, they start their day full of smiles and Bon Dia’s for those around them.

But then tragedy strikes. For those unfamiliar with Curacao’s history, it’s unclear what exactly has happened. An earthquake? A landslide? A large car crash? A bomb? The island and its’ inhabitants are literally shaken to their core. But whatever has happened, the happy young woman instinctively knows that it has devastating consequences for her and her love. Again, no words are spoken but actress Chanistica Cicilia ‘s  emotion plays across her face and infuses her movements so that we, the audience, already knows what has befallen the happy couple.

The other component that brings this story to life is the soundtrack. In lieu of dialogue, the film’s score fills the gaps and supports the actors choices. It is as much a major character as the flesh and blood co-stars. So much so that even I, an American, who knows no Papiamentu and cannot read the Dutch newspaper clippings that flit across the screen, understand what has happened even before the director shares an English language explanation.

SIN AYO is beautiful film about a terrible tragedy. It’s simplicity and reliance on non-traditional means to share its’ story makes it a must see at this years CTFF.

THE HAIRCUT & SIN AYO screen as the shorts before the feature film UNFINISHED SENTENCES at this years CaribbeanTales Int’l Film Festival,  directly Sept 13, 7pm at the Revue Cinema in Toronto.