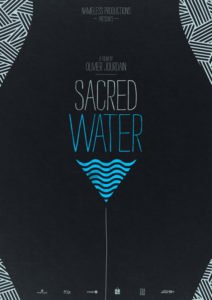 Sacred Water (Dir. Olivier Jourdain, Belgium/Rwanda, 2016) – is a spirited ode to the female orgasm with a humourous and frank storytelling style along with beautiful cinematography and interesting sound effects which enhance the main theme of the film.

After I watched Sacred Water my blushes were real as was my astonishment that anyone could describe the giving and receiving of the female orgasm in such a natural way, publicly.  Growing up in the Caribbean, sexual congress is more often referred to in music, ranging from hints to the more explicit racy songs; however, the issue of the female orgasm is almost never openly (or privately) discussed. Thus this film proves that Rwanda far outstrips so-called modern Caribbean Westernized society in terms of accepting sexual relations as a natural part of society and culture.

While the storytelling is frank, led by the effervescent Vestine a sex educator and radio show host, it is also often humourous as in the last scene when an audio of a female orgasm is featured on her show, that leads to even her fanning herself.  There is some secrecy, even in this society, particularly around the young girls ritual to add to the Sacred Water in their future that is hidden from men and even considered sinful by some.  Most enjoyable are the male discussions on the subject, which can be surprising to some.

While many of the interviews take place in traditional places, the choices of cinematography for linking scenes always feature water, whether rippling, splashing or gushing and the indoor interviews are liberally interspersed with outdoor ones. The sound effects that accompany the cinematography lend to the humour and provocative nature of this documentary.

Sacred Water, the closing film of CTFF19, is important as a film that not only reveals a unique aspect of Rwandan culture but challenges many Westernized nations and people in how they think about sex in a refreshing way, leaning towards the female and not the male pleasure. 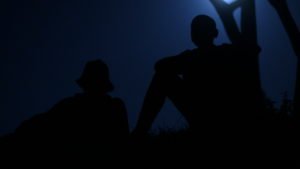