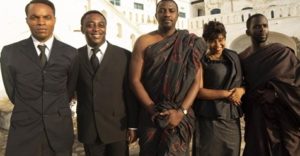 The Canadian Filmmaker’s World Tour stops in Los Angeles
for the largest Black Film Fest in the U.S
For Immediate Release:
January 6, 2020 (Toronto, ON) –  CaribbeanTales Media Group, California Pictures and Imagine Media International announce the screening of their feature film HERO: Inspired by The Extraordinary Life and Times of Ulric Cross,  Directed by Canadian-Caribbean filmmaker Frances-Anne Solomon at the Opening Night of the Pan African Film & Arts Festival (PAFF) on Tuesday February 11 th , 2020 – at the Directors Guild of America Theater, 7920 Sunset Boulevard, Los Angeles.
“To be selected as the opening film for this prestigious festival is an honour,” says Solomon. “It’s a go-to event for Black Hollywood and to be recognized in this way by an audience of my peers is important to me as a Caribbean filmmaker of African descent.”
PAFF is the largest Black film festival in America with approximately 200 films…  See Link to Read More, See Trailer:
https://conta.cc/2tArpB8 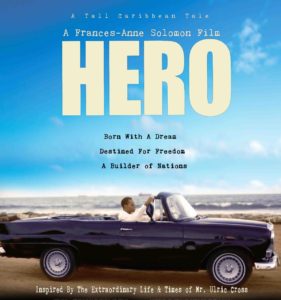