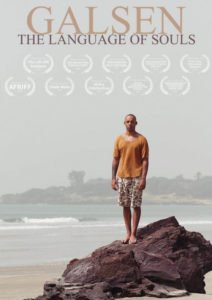 Galsen. El lenguaje de las almas, depicts the journey of a man, film director and producer, Sergio Aparicio, through Africa. Narrated with the lyrics and cadences of mellow tempoed poetry, the narrative, though initially feels like a loving ode unfolds into a lot more than just that.  It is like Aparicio himself dissected the outer layer of his soul and laid bare his rawest emotions for his audience.

The film seamlessly, with captivating transitions—drums, dancing, music—floats through life in and of Africa. Melanated faces, young and old—smiling, contemplative, creating, eyebrows furrowed in intense concentration while hands are busy at work—are a constant accent from scene to scene.  Black bodies in motion—teaching, vibrating to rhythms, travelling, selling, owning, playing, eating, being—paint the pictures of lives of Africans in Africa and the diaspora.

The message in Galsen is clear from the start but the way it explores life, open and honestly, means the one the viewer receives would depend on where he or she is in their own journey.  It is easy to walk away from this film feeling you have witnessed something special, and something you would like to experience yourself.  Yet, if that sounds like too deep a sea to cross right now, Galsenis infused with artistic spontaneity in the form of rap freestyles, dancing and singing that will fulfill any search for wholesome entertainment.

Screening in Toronto at the CaribbeanTales Int’l Film Festival – Sept 14, 2019 at 6pm, the Royal Cinema. 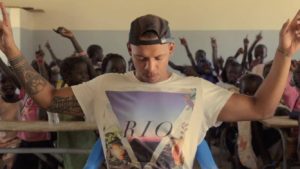