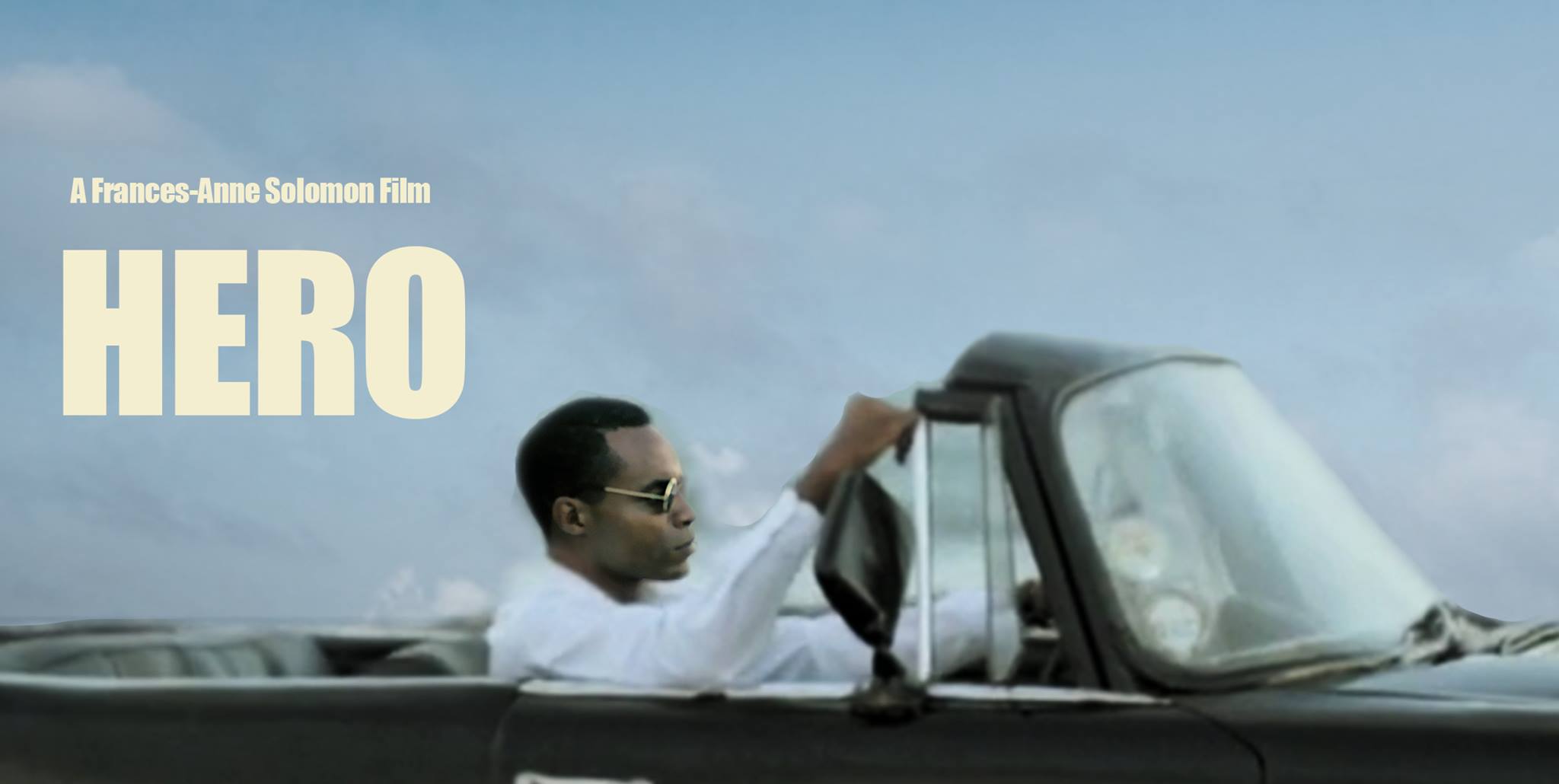 Other materials are available upon request.  NOTE: a capsule review is in place; feature reviews are embargoed until the theatrical release.

Hero – Inspired By The Extraordinary Life & Times Of Mr. Ulric Cross, is the story of a young man from Trinidad whose life is woven into the tapestry of history. His long life (1917 – 2013) spanned key events of the 20th Century and included the independence struggles of Africa and the Caribbean.  He was a war hero, broadcaster, lawyer, judge and diplomat.

“The story interweaves “reality” media (archive, interviews) with “artificial” media (dramatic re-creation). These artistic tools are vital to reclaim and retell Caribbean stories. Since “real” footage does not exist, we must re-imagine the past. These appropriations of form are essential where conventional documentation is lacking. We must seek, through the new technology, to reclaim our authentic histories by any means necessary,” said Director/Producer Frances-Anne Solomon. “Ultimately, the story is about us, about who we are as Caribbean people and as citizens of the world.”

The international cast includes top screen stars from the Caribbean, Great Britain, Ghana and Canada including Trinidad’s Nickolai Salcedo in the lead role of Ulric Cross, Peter Williams (Stargate SG1), Joseph Marcell(Fresh Prince of Belair) and Ghana’s John Dumelo. The 100-minute feature film was filmed over three years on location in Ghana, Great Britain and Canada, as well as in Trinidad & Tobago.

Those supporting~the~development of the film include Presenting Sponsor, Republic Bank, in association with Telefilm Canada, CaribbeanTales Worldwide Distribution and Imagine Media International.

HERO FILM’s four Board directors have invested their time and expertise to ensure the project’s successful completion. This project began with (the late) Desmond Allum‘s wish to showcase the life of his friend, Trinidad and Tobago national Ulric Cross, and his contribution to a significant global revolution — the Pan African Movement.

All profits from the film will go to the Cotton Tree Foundation, the NGO founded several years ago by Desmond Allum and Ulric Cross to meet the needs of disadvantaged youth in St Ann’s and Belmont, Trinidad & Tobago.

Across these markets, RFHL offers an extensive range of banking services, including credit and debit card issuance and processing, leasing, trustee services, mutual fund and investment management, and merchant banking. As of September 30, 2017, the Group’s asset base stood at US$10.3 million, and declared a net profit after tax and non-controlling interest of US$197 million. The Group currently employs more than 5,484 staff in 16 subsidiaries in Trinidad and Tobago, Grenada, Guyana, The Cayman Islands, Barbados, Ghana, and Suriname. While the Group continues its journey of financial growth and development, and teamwork with the community to bring about positive change, it is pledged to continually raise the standards of banking locally, regionally, and internationally.

Newsletter Signup
In this article:ctff2018, Frances-Anne Solomon, Hero, hero film
Up Next: