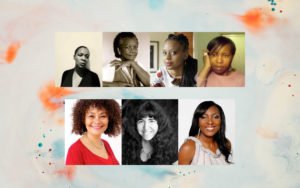 Seven International projects led by women of colour creators will participate in the Durban Film Mart (DFM), as part of the CineFAM Co-production Accelerator Program.

The Accelerator Program is led by Frances-Anne Solomon, award-winning filmmaker, writer, producer, curator, and entrepreneur in film, TV, radio and theatre. She is partnered with industry activist Kethiwe Ngcobo — award winning Producer, and Former Head of Drama, SABC.  They are joined by an accomplished team of mentors that includes Mehernaz Lentin, Director at CBC Films, and Nicole Mendes, CBC Production Executive.

SEE LINK TO READ MORE & TO LEARN ABOUT THE FILM PROJECTS…