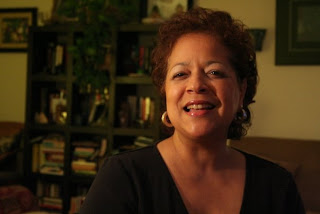 CaribbeanTales Worldwide Distribution, the first film distribution company in the English-speaking Caribbean, and New York-based boutique marketing and distribution consultancy firm Autonomous Entertainment Inc. have entered into a long-term partnership to promote and sell Caribbean films and television programs worldwide. Under the terms of the agreement, Autonomous Entertainment will handle CTWD’s acquisitions and help with sales, marketing and outreach of CTWD’s catalogue in the US and around the world. In addition, CTWD and AEI will collaborate on a number of planned special releases and events featuring Caribbean filmed content in the near future.

AEI is led by CEO Michelle Materre, a veteran of the independent film distribution and marketing business. In 1991, as co-founder and Vice President of KJM3 Entertainment Group, Michelle oversaw the theatrical distribution of Julie Dash’s Daughters of the Dust, the first film by an African-American female director to be released theatrically in the United States. Since then she has held management positions across the industry including Curator of the Channel Thirteen/WNET series Reel New York, Executive Director of International Film Seminars at the Robert Flaherty Film Seminars, Associate Director at Women Make Movies, and Director of Distribution for Third World Newsreel. She is the founder and curator of the Creatively Speaking film series at BAM cinematek. In 2009 she formed Autonomous Entertainment with Head of Operations Cedric Beasley and Head of Production Paul Gennaro to bring greater visibility to independent film, illustrating how entertaining and informative work can also be commercially viable, high quality and low cost without compromise. “We are very pleased to be working with AEI,” says CTWD’s CEO Frances-Anne Solomon, “It makes a lot of sense because of the many synergies we share. Michelle’s experience in marketing and distributing films in the US that are specifically targeted to our markets, is invaluable to us. It is a partnership that will provide both CTWD and AEI with immediate growth opportunities in the US and worldwide through our combined networks.” Michelle Materre says: “We are thrilled to form this unique partnership with CTWD, and are committed to bringing the work of Caribbean filmmakers to as broad an audience as possible. I am certain that this collaboration with CTWD, combining community engagement with new technologies, will set a groundbreaking model for how distribution works in the very near future. We look forward to all the possibilities.” For more information about AEI, please visit AutonomousEntertainment.com Media Contact: Kevin Pennant, Pennant Media Group, Tel: (416) 596-2978 E-mail: kp@pennantmediagroup.com