The CaribbeanTales family are overjoyed to honour, celebrate and congratulate our incredible CEO, Founder and Visionary Leader, Frances-Anne Solomon on her award from Women in Film & Television Toronto for years of mentorship in the industry.  We respect your great contributions to our industry, for creating ladders for BIPOC creators and breaking down doors for us all to walk through.

­Women in Film and Television Toronto held its annual gala luncheon as they hosted the 2022 WIFT Toronto Crystal Awards where they recognized the five winners including Founder & CEO of the CaribbeanTales Media Group, Frances-Anne Solomon for her career-long efforts in Mentorship.

Solomon was greeted onto the stage with a standing ovation from the audience and created a noteworthy buzz from delivering an emotional and moving acceptance speech.

“Thank you very much for this award. I really do appreciate it. Especially because it’s for Mentorship, which means it’s not about me, but about other people. I have been supporting and developing talent  in this  industry for a very long time  and it feels wonderful to be seen, and recognised by my peers.

I grew up in Trinidad and Tobago, as a child of independence which means that I never knew colonial rule. The doctors, lawyers, teachers and leaders around me were all Black.They were family.  They lifted me up. It was a safe space to stand proud and  tall, be brilliant and to have big dreams. We knew that it was possible to change the world because we had just done it. And we knew what transformational change looked like: it looked like us.

As a television drama  producer at the BBC in England in the 1990’s I was always the only woman of colour – in the room, in the department, in the canteen, in the building.  It was a moment, much like now, of racial reckoning, following the beating of Rodney King and other events, that led to riots and protests around the world. Supported by two of my bosses I created jobs and opportunities for writers, directors, producers and actors – many of whom are industry leaders today. And we made films that told big bold BIPOC stories.

Moving mountains in the 90’s was hard work;  taking on Empire in England, the home of Empire.

But nothing prepared me for how difficult it would be here in Canada over the past two decades.

The moment of reckoning in the 90’s passed. The status quo prevailed.

Despite the lack of support, ressources and visibility, I kept the dream alive and created the CaribbeanTales Media Group, a pipeline for BIPOC creatives and  stories – from training through development to production festivals and distribution,  working in Africa and the Caribbean — against implacable systemic barriers.

What we have been through here has been like a nightmare that sometimes I thought I would not live to wake up from.

But here we are. In another moment of reckoning, another transformational opportunity.

One of the most significant developments of the past two years since the murder of George Floyd has been the allyship of white people. This feels different.

Thank you for seeing us, acknowledging us, for standing beside us. Because we can’t do this without you.

Right now in this beautiful country Canada we are ahead of the world in creating systemic change.  Our  job now as a community — a family — is to make this sustainable so that we never have to do this again.

That’s why for me this award is important because it means you understand that by empowering young people, you are setting alight a new generation to create a better world for everyone .

The Annual WIFT Toronto Crystal Awards play an important part in honouring incredible women that have substantially changed the landscape of the industry while creating connection and opportunities for others.

Newsletter Signup
In this article:CARIBBEAN FILM, featured, filmmaker, news
Up Next: 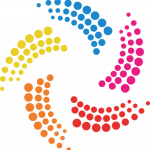