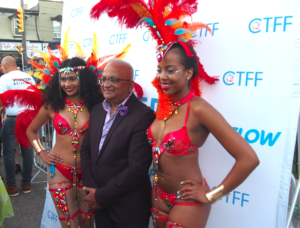 CTFF  party at the opening premier in Toronto, Canada

The Show Must Go On!

The theatres were booked, the movies picked and the stars were making travel plans to come to the city to walk the CaribbeanTales International’s (CTFF) red carpet this September.  Yesterday the CTFF advised the Caribbean Camera that while the show must go on, it will not be taking place in any bijous in the year of Covid 19!

“It is not happening in theatres this year.  It will be a live-stream festival,” festival spokeswoman Fennella Bruce told the Caribbean Camera. “ It won’t (be held in any movie house), unless there is a drastic change in COVID-19 protocol from Provincial and Toronto Health Officials.”

The 15th annual movie fest will now run from September 9th until October 2nd and will take place on-line with eight nights of films and 2 short films of live-stream entertainment.   As well, during the summer months there will be community programming made available through the festival’s innovative subscription-based digital streaming platform.  The Video-On-Demand CaribbeanTales-TV (CT-TV) platform will offer African & Caribbean-heritage films and TV programs to a worldwide auidence.  “For 15 years CaribbeanTales has amplified our Caribbean stories and allowed Toronto audiences access to films they wouldn’t otherwise see,” said Festival Director Diana Webley.

“Now that we have had to move the festival to an online platform due to COVID-19, we expect to have even more people watching our live-stream from the comfort of their homes.”   The list of full length and short movies that will be shown during the festival will be released at a July 8th online media launch.  The evening’s festivities include a retrospect of CTFF’s history, cast and filmmaker talk-back and the screening of CTFF founder Frances-Anne Solomon’s award-winning film Hero: Inspired by the Extraordinary Life and Times of Mr. Ulric Cross.

As part of the festival programming, a free screening of Hero will also be made available for viewers in the Toronto area who can’t make it to the launch..

The Caribbean Camera will update readers on Festival summer programming and the Caribbean films that will be coming to Toronto this September. 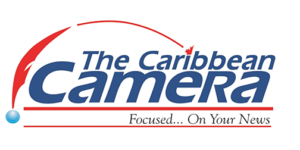