The CaribbeanTales International Film Festival (CTFF)  celebrates the talents of established and emerging filmmakers of Caribbean heritage who practise their art across the Caribbean Diaspora worldwide – including Canada and the Caribbean, Europe, the Americas, Africa, China, India and the Middle East. CTFF presents a multi-ethnic mix of exciting and dynamic films that showcase diverse shared stories and cultures.

A film’s submission to the Festival must include the processing fee and should be made through this website. The director, producer, writer or a lead character must be of Caribbean heritage.

Each year, the Festival has a specific theme. Selection criteria are based on the film’s production values, storytelling methods and the story itself. It can be feature length, short or a web series. We accept all genres including documentary; fiction; drama; thriller; comedy; science fiction/fantasy; or animation.

WHO CHOOSES THE FILMS

Our International Jury is made up of filmmakers and industry stakeholders who will view and vote on each film as it fits within the year’s theme. Programming limitations will determine the Jury’s final selections.

As the Festival’s reputation has grown, our loyal audiences have expanded in diversity and in numbers. More and more film lovers are joining us for this unique chance to enjoy a range of multicultural and indigenous stories that reflect quite distinctive worlds – and may be told in French, German, Dutch, Spanish, English, and all their Creole dialects.

CTFF takes place at the same time as TIFF each September in Toronto, when film professionals and industry stakeholders come from all over the world in active search of films for their own festivals. We do not compete with TIFF. We offer unique complementary enjoyment.[/vc_column_text][/vc_tta_section][vc_tta_section title=”Initiatives” tab_id=”1507042885960-5c7c3fef-6e8e”][vc_column_text]Now entering its 13th year, the CaribbeanTales International Film Festival (CTFF) celebrates the talents of established and emerging filmmakers of Caribbean heritage based here in Toronto, across Canada as well as in the Caribbean Region. The festival runs throughout the month of September, and includes screenings and talkback sessions with local and international artists, workshops for local emerging artists, and networking sessions engaging GTA-based groups.

We partner with dozens of community organizations, individual artists organisations and businesses in order to engage and serve audiences across the GTA.

We hold community screenings throughout the GTA hosted by local artist groups and communities.

We offer opportunities for up to 75 volunteers to work with us in different capacities throughout the festival including as programmers, judges, and hosts, and in marketing, administration and guest management.

Our Pre-festival phase is from January to April when our programming team accepts submissions and selections are made based on our annual theme. Special film accelerators and film challenges are held from April to June, in partnership with local businesses targeting underrepresented groups including  LGBTQ, Women of Color, Muslims, Immigrants, Black, and groups based in priority areas. The best films made in these workshops are screened at our festival. 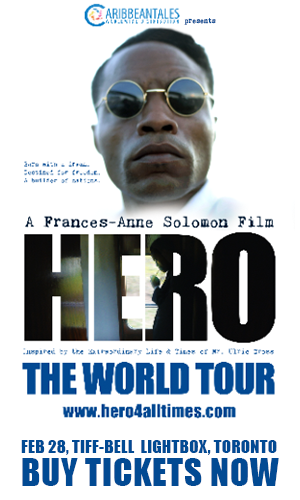