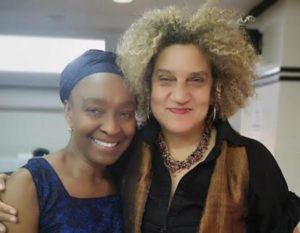 DIRECTOR FRANCES-Anne Solomon’s acclaimed feature film Hero inspired by Trinidad and Tobago war hero Ulric Cross had its U.S premiere at the 26th New York African Film Festival’s (NYAFF) Opening Night at the prestigious Film at Lincoln Center.  Speaking ahead of the premiere, Solomon said: “We are honored to be opening this important festival.

This is a story that resonates with audiences around the world. From his career in the Air Force, to his time as a lawyer and judge working behind the scenes in the independence movements of Ghana, Cameroon and Tanzania, Ulric’s life blazed a trail that inspires us all.”

Hero headlines NYAFF’s recognition of the 100th anniversary of the first Pan-African Congress with a showcase of films about Pan-Africanism and global game changers.  SEE VOICE – Online UK ARTICLE FOR MORE…