CTFF 2019 Media Launch: Our Films. Our Stories. Our Legends

Tickets for the UK screening of HERO are on sale now. The film which features the life and times of Trinidadian war hero, judge and diplomat, Ulric Cross, will be screened at the BFI Southbank, London at 2:00pm, on Saturday 18 May, 2019.

Produced by former UK resident, Frances-Anne Solomon, HERO has already received international acclaim at its screenings in Trinidad and Tobago and Canada.

The story focuses on Cross, a trailblazer who made his mark on history as a Navigator of fighter planes in World War II. He went on to become one of the RAF’s most decorated West Indian Airmen. He became a central figure in the independence struggles of both Africa and the Caribbean. His varied career include becoming Trinidad & Tobago High Commissioner to the UK, legal advisor to a number of the then newly-independent African countries, and rising to positions as High Court and later Appeal Court judge in his home country of Trinidad.

“Ultimately, the story is about us. About who we are as Caribbean people and as citizens of the world,” says filmmaker Frances-Anne Solomon. “In that spirit, we’re thrilled to be bringing HERO to the UK where much of the filming took place. It is particularly poignant that this year is the seventy-fifth anniversary of the first major generation of Caribbean arrivals in Britain — on the Empire Windrush.”

Following its premier at the BFI, HERO will be taken across the UK in as part of to the 71st Windrush celebrations in June.

NOTE TO EDITOR
FRANCES-ANNE SOLOMON (Biography): Frances-Anne Solomon is an award-winning filmmaker, producer, curator and entrepreneur in film, TV, Radio and new media. Following a successful career as a TV Drama Producer and Executive Producer with the BBC in England, Frances-Anne launched the CaribbeanTales Media Group in Canada and Barbados, which includes Production, International Distribution, and Industry Training worldwide. Frances-Anne has just completed her latest feature film HERO – Inspired By The Extraordinary Life & Times Of Mr. Ulric Cross, which (while in development) won the Best Feature Pitch at Discop 2016. 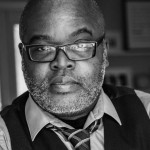