Since Haiti’s beginning, there seems to have always been one foreign government or another meddling in the country’s affairs. They came first to enslave, to colonize and to proselytize to the people. Then to offer political guidance, provide humanitarian aid, and encourage business and economic growth. But regardless of their intent, the presence of these outside nations are oftentimes detrimental to the Haitian people. IT STAYS WITH YOU: Use of Force by UN Peacekeepers in Haiti, directed by Cahal MacLaughlin & Siobhan Wills, is a documentary that follows once such moment in recent Haitian history.

In 2004, in the aftermath of then President Jean-Bertrand Aristide’s removal from power,  gangs and bandits roamed the streets causing civil unrest. In an effort to quell the disturbances they caused, the United Nations sent Brazilian peace keeping forces into the country. Unfortunately, it was decided that violent, militarized raids in poor neighborhoods like Cite Soliel and Cite de Dieu would be the best way in which to get rid of the bandits. As a result, many innocent men, women and children were caught in the crossfire.  IT STAYS WITH YOU lets those who survived the raids tell their heartbreaking tales of living in a war zone in their own words. 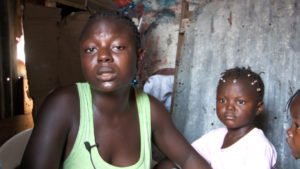 tells of finding her fathers mangled body, a brother is heartbroken over his baby sisters’ death caused by the stray bullet of a UN soldier, a man who lost an eye in the crossfire is suffering almost assuredly from ptsd and can no longer live in his hometown as a result. The stories are horrific in their violence, but made even more so by the fact that no one has ever been brought to justice for causing it.

The filmmakers provide a wider lens and further context on the incident by also speaking with UN committee members, local doctors and both Haitian and international professors and advocates. Their commentary help to shed light on just what the role of a UN peacekeepers is, how their mission to bring peace to the island nation went so wrong and the long and improbable road to justice for those who lost and suffered in the crisis.

This is a moving and illuminating look at a little known moment of tragedy in Haitian history. With all that’s going on in the world today, it is too easy for important moments like this to fade from memory. Maclaughlin and Willis have made  a film that helps to keep alive the memory of those lost and keep the hope of justice burning bright for all involved.

IT STAYS WITH YOU will be screened at the 2018 Caribbean Tales Film Festival in Toronto on Monday September 20th at 7:30pm at the Cineplex. 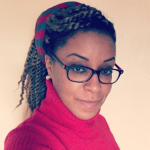