[vc_row margin_bottom=”20″][vc_column][vc_custom_heading text=”Battledream Chronicle – A Review in Four Slices” font_container=”tag:h2|text_align:center” use_theme_fonts=”yes”][vc_column_text]In the still nascent Caribbean film industry you will find many shorts, documentaries and dramas. But there are times when you have a unique project that really stands out among the rest. Battledream Chronicle is one such film. The 2015 full length sci fi animated movie tells the story of Syanna, a young black female slave in the future who must compete in the eponymous virtual battle realm to free herself and her world. It is out of Martinique and Alain Bidard is the director, writer, music composer and likely chef, cook and bottle washer. Here is my non-spoiler review in four easy to chew slices:

Slice #1 – World of the Future

It is animated film so let us talk about the animation out of the gate. Overall it is a pretty solid effort. Battledream has a comic book, slightly anime, 80s cartoon feel. The characters are competently designed and the various settings detailed and futuristic. The colour of Syanna’s Face was a shade lighter than her body though which did irk me a bit. Maybe her hand is a tad too heavy on the foundation. Who knows? It is not a Pixar or Dreamworks level animation, and you really should not expect that, but you can see a whole lot of time, effort and skill went into this product and that quality can be seen throughout the film. The voice cast did an impressive job and the English subtitles well done except for a handful of grammatical errors. What? I’m a grammar policeman as well as a movie reviewer. Get off my back!

While the perennial debate about female representation in Hollywood films continues it is refreshing to see a female-led Caribbean film, and a black protagonist as well. As a lead Syanna is strong willed and at times stubborn but likable. She really shines in her friendship with Battledream partner Alytha and her protective mother Leto.

But my favourite characters are the villains; they are so delightfully evil. I thoroughly enjoyed the venomous Alexander and beautiful femme fatale Oranamé, who seemed to enjoy inflicting pain and death a whole lot. There are other characters that could have benefitted from more fleshing out like players Nyssa and Klaus. And the motive of the main villain could have been made more clear.

What surprised me the most, and some of the best parts of the film, are the action scenes in Battledream. They are big, bright, fluid and epic. The variety of weapons and super powers enhance some beautiful brawls that would especially entertain fans of anime and video games. There is one ability called “Soucouyant” where the player transforms into a giant fireball. A Soucouyant is a creole folklore creature that sheds its skin, flies around in a ball of fire and sucks people’s blood. It is part of Afro-Caribbean folklore and known in my home country of Trinidad and Tobago and seemingly Martinique as well. This touch of the Caribbean was welcome in the midst of all the blasting and wild transformations.

Slice #4 – A Fight for Freedom

On the surface Battledream may seem like your typical good versus evil, topple evil empire in a Matrix-like world story. But there are deeper historical themes of slavery, power and control presented that are unique to Martinique and the Caribbean as a whole. Bidard must also be complimented on crafting such a layered, complex world with such internal history and depth.

The plot itself is solid though there are a few hanging threads which could have been tightened up. But for the level of story, animation and action that Bidard crafted with such limited resources he deserves a whole lot of praise and the film it’s seven awards and 27 nominations. Vive la revolté!

In the year 2100, humankind has achieved paradise — and seen it torn away from them. The digital realm of Farandjun has been usurped by a tyrannical computer virus that pits the nations of the world against each other in a virtual-reality tournament, to select who will reign supreme, and who will be subjugated. The gladiatorial combat of Battledream may be a simulacrum, but its consequences are chillingly real. The villainous nation of Mortemonde is on the cusp of total domination. Only the tiny island of Sablerêve remains to be crushed. The last hope for liberty is a young woman named Syanna, whose true nature remains a secret even to her. The odds against Syanna and her Battledream team seem insurmountable, but the heroes will not back down. Syanna will confront the fiercest fighters of Mortemonde, to kill the masters inside them — and the slave inside herself.[/vc_column_text][/vc_column_inner][vc_column_inner width=”1/3″][vc_single_image image=”29182″ img_size=”medium” alignment=”center” onclick=”custom_link” link=”http://www.caribbeantales-tv.com/product/after-mas”][vc_btn title=”WATCH BATTLEDREAM CHRONICLE” color=”success” align=”center” link=”url:http%3A%2F%2Fcaribbeantales-tv.com%2Fproduct%2Fbattledream-chronicle%2F||target:%20_blank|”][/vc_column_inner][/vc_row_inner][/vc_column][/vc_row]

Newsletter Signup
In this article:calypso dreams, CARIBBEAN FILM, juilen neaves, review
Up Next:

Review: Calypso Dreams is a Musical Treasure in 3 Slices 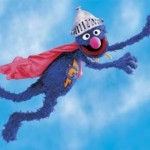