Like a rampaging virtual warrior Battledream Chronicles: A new beginning has been slaying award after award. Martiniquan writer/director Alain Bidard’s apocalyptic sci fi drama has won awards at festivals in Venezuela, Guadeloupe, South Africa and Italy and has been featured at a number of festivals including in Nigeria, Russia, Colombia and India.

A new beginning,  a prequel to Bidard’s 2015 feature-length animated film, is set in the 22nd century following a global war. An evil empire has enslaved the world, wiped the memories of the conquered and forced then to farm for XP in the titular videogame which is a literal fight to the death… READ THE REST OF THE REVIEW 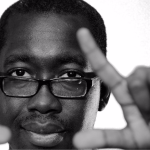 Matthew Bailey is an assistant film producer, video editor and social media manager at Diamond Films Limited, an independent video production company in Trinidad. He is the host of "Waz D Scene", a vlog show on the Diamond Films Limited YouTube channel, where he reviews movies, albums, music videos and movie trailers.